THE DEEP DIVIDE BETWEEN OEMs, THIRD-PARTY SERVICERS, AND HTMs 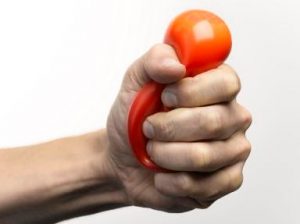 Zero-sum can best be described as a condition in game theory (which if you have some free reading time I suggest you read about game theory, it is a really interesting subject) in which one person’s gain is equivalent to another’s loss, so the net change in wealth or benefit is zero. Think of it in terms of a long water balloon; you squeeze one end of the balloon the volume doesn’t change, it just goes to the other end of the balloon. A zero-sum game may have as few as two players, or multiple participants. I referred to it simply as “I win, you lose”.

Games like chess, horseshoes, and presidential elections, where there is one winner and one loser, are examples of zero-sum games. Games that involve more than one participant, such as Monopoly™, still have one winner, but may have multiple losers – however the total amount of money won by the winner is still the aggregate of the losses from the other players (i.e., net zero). In the financial markets, stocks, options, and futures are examples of zero-sum games (excluding transaction costs). For every person who gains on a share of stock, there is a counter-party who loses.

Over the course of the last year since the FDA docket on Third-Party Servicers began there have been very passionate responses. My observation and participation in the process has led me to conclude that many players view this docket as a zero-sum game – specifically if Third-Party Servicers are regulated then OEMs will win and Third-Parties will lose; and with that outcome, and by extension, the hospitals also lose. Zero-sum game? The variant, according to those who resist Third-Party regulation, is that this outcome will not simply shift the revenue earned by Third-Party servicers to the OEM (water balloon effect), but will in fact increase the revenue earned by OEMs by virtue of their higher charges to hospitals for service. Third-Parties argue that FDA regulation of their activities, at any level, will cause many smaller service businesses to simply close-up shop. I recently read one editorial where the author actually stated what he thought the costs associated with Third-Party companies training staff in quality would be, and how that cost would be prohibitive for all but the largest Third-Party servicers. So, I inferred from his comment that because of the expense, these servicers are not currently training their staff in quality practices.

Game theory also teaches that in a situation where one player’s gain (or loss) does not necessarily result in the other player’s loss (or gain), the result will be a non-zero-sum game. In other words, where the winnings and losses of all players do not add up to zero and everyone has the potential to gain: we would call that a win-win game – we put more water in the balloon thereby making the volume larger regardless of which end of the balloon you are holding. I suppose there may be a few Third-Party service companies that got into the business with the noble primary objective of saving hospitals money. But in my experience most Third-Party companies as well as OEMs got into the business to make money as its primary objective – because after all, nobility of soul has never kept a business in the black. With all the inflammatory rhetoric surrounding this docket I ask myself how did we get to the point where it is us versus them? Is the resistance toward regulation really only about the few extra bucks it will initially cost to establish a quality management system and train employees? I have heard simultaneous arguments from Third-Party servicers that they are doing as good, if not better, service as the OEMs are; and then say that if this docket is about patient safety then OEMs should be compelled to provide Third-Parties with parts, training, pass-keys, service manuals, technical support, etc. all at an undefined reasonable price. The logical fallacy in this argument is, of course, if the Third-Party is currently performing what they describe as “outstanding” service without these things, then how are they doing that and why then would they need these concessions by the OEM?

The behavior of some OEMs in this market has not always been helpful in dispelling their image of the “bad guys”, and, in my view there is the potential for improvement for cooperating at various levels with Third-Party service companies. As was noted in the docket and subsequent discussions, many OEMs rely on Third-Party servicers to augment their own field service efforts, and to provide service to OEMs related to multi-vendor service agreements.

So, it seems to me that while there may be some temporal visceral joy in slamming an OEM or Third-Party servicer, or questioning eithers motives, developing a more sustainable relationship between the organizations would be the more preferable outcome. I am a strong advocate of regulatory oversight for all servicers who touch medical devices. Quality management systems (QMS) and the FDA Quality System Regulations (QSR) are both scalable to fit both the size and the scope of a company involved in medical device servicing, and if you cannot afford to train your employees to a scaled QMS and QRS then you should not be in this business. Let’s work together to change the paradigm from zero-sum, to non-zero-sum; the OEM wins, Third Parties win, hospitals win, and most importantly patients win. It is the right thing to do.