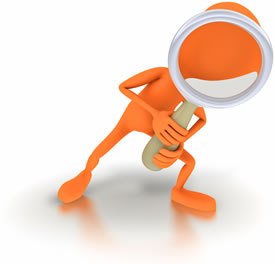 The FDA extended the time to respond to the 3rd party and OEM medical device servicing docket (FDA-2016-N-0436) by 30 days for a couple of reasons; first there wasn’t very much input, and two, the input they were getting was not very compelling and often non-fact-based hyperbolism. Non-fact-based hyperbolism is an academic way of throwing the BS flag at comments like; “I have been repairing medical devices for 40 years and never had a problem”. Absolute statements such “we have a 100% repair record” is treated with extreme skepticism. Claiming 100% of anything raises eyebrows, as I have said many times; you cannot even get 100% of people to agree that puppies are cute. For example, someone who claims they can repair ultrasound systems with 100% certainty and yet protests against regulatory oversight is the EXACT person who should be regulated! By waving the 100% flag they reveal they know very little about traceability, root cause analysis, and other vital service metrics. A more compelling letter to the FDA might contain at least a short paragraph such as: “We instituted a well-vetted CAPA system into our repair facility more than 3 years ago with the intent of tracking and documenting our repair activities. This effort has allowed us to identify those areas in our processes and procedures that needed to be refined to ensure positive outcomes from our repair work. In that time period we processed and resolved more than twenty corrective action reports leading to a current post-repair failure rate of less than 3%. On information and belief we are fairly certain this puts us on a similar post-repair failure rate as most Original Equipment Manufacturers. But we are not satisfied and work every day to ensure continuous improvement in both our processes and work outcomes.” This type of paragraph would be better received than; “The OEMs are only raising this so-called issue because they want to charge the hospitals a lot of money for service and contracts.” This sentence not only misses the point of the FDA docket; it sounds a bit harsh on the ears.

I have also heard some say; “we are ISO certified, that proves we are doing good work.” While being ISO certified provides the basis for a general Quality Management Systems (QMS), being certified to the wrong standard does take some the wind out of the generic argument. Medical devices fall under ISO13485:2015 and the certification scope must match with the specific work you are doing. By way of example if your ISO certification scope says; “ultrasound service and repair” you cannot advertise that your MRI repair business is performed under “ISO certification”, or “in an ISO certified environment”, which would be at best misleading, and at worst fraudulent. Yet this slight-of-hand is in fact prevalent in our industry and cries out for the need to be regulated. One 3rd Party Service Company proclaimed at a recent tradeshow meeting in Dallas; “we do a great job of self-policing the industry, we know who the bad actors are.” It is that type of demonstrably false statement (i.e., we do a great job of self-policing) coupled with the acknowledgment that there are in fact “bad actors” out there repairing medical devices that invites regulatory oversight rather than discouraging it. That is the paradox of complaining; it seems all too often that those who complain the loudest are the very ones who need to come under some form of regulation. 3rd party service can be and often is a healthy and beneficial component of any industry, but it must also be accountable to the same regulatory oversight placed on the service that the OEMs in that industry are subject to. Would you (or a family member) really want to fly in a commercial jet liner that is maintained by an unaccountable 3rd party service company using unqualified parts procured from unknown sources? I agree with you, I would not set foot in that airplane! Please tell me; if a 3rd party repair entity really has a 100% repair success rate what is the problem with complying with relevant parts of the FDA QSR and opening up their repair history to an audit?