No, they are not the same thing 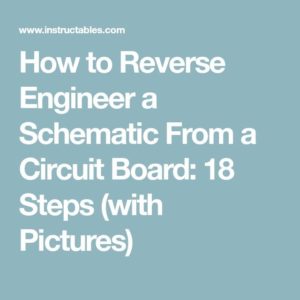 Unfortunately, over the last almost two years of the FDA initiated 3rd party service discussion, a number of people in this debate, who by the way ought to know better, have tried to conflate the FDA’s AIAT (assembly, installation, adjustment, and testing) document disclosure requirements (Information Disclosure by Manufacturers to Assemblers for Diagnostic X-ray Systems for Ionizing Radiation Devices) with a medical device service manual; two wholly separate documents and content. There is in fact no FDA mandated requirements or regulations involving the provision of service manuals by the OEMs to anyone – it is a myth. Additionally, the AIAT was narrowly focused to devices that emitted ionizing radiation, not all medical devices. The AIAT also does not require the OEM to release any proprietary information as spelled out in a recent letter to MITA on this topic: “There are limits on the information that 21 CFR 1020.30(g) and 21 CFR 1020.30(h) require the manufacturer of the original system to provide. The manufacturer of the original system is not required to disclose trade secrets or confidential information.”. I don’t know all that is contained in the various AIAT documents, but the ultrasound service manuals that I have reviewed over the past 12 months (from 7 different OEMs) did not seem to contain any proprietary, confidential, or trade secret information. In fact, the service manuals I reviewed were fairly unremarkable in terms of “peak-behind-the-curtain” content, or anything else that I could not have figured out on my own through simple inspection and technical analysis. This is 2018, there are 100 different ways to reverse engineer a circuit board if your intent is to troubleshoot and repair a board to the component level (although you will kind of be stuck if that board has a proprietary ASIC on it). Attempting to troubleshoot a board to the component level with just a service manual is almost useless endeavor.

Now I truly confess that I only know ultrasound, so I cannot speak to the value of, for example, an MRI service manual. How useful is an ultrasound service manual in actuality? I recently had my Philips Epiq 7 upgraded and I asked the Philips field service engineer while he was here how frequently he used the Epiq service manual. He looked at me like he thought I was joking. You see, what he did when he came to our facility was to put a service dongle in the ultrasound system, connect to his laptop, and run the testing, loading of software, and validation from that. I am unconvinced that service manuals, at least for ultrasound systems, provide any substantial value in 2018 for troubleshooting activities. They are, however, convenient for PMs and other non-complex system repair. Having said that, I am all in favor of OEMs making ultrasound service manuals available to 3rd parties, or really anyone who wants to pay for one – so long as they are not compelled to do it by the Government. After all I was able to obtain 7 different service manuals without going to any of the OEMs for them, so it’s not like they are that difficult to get.