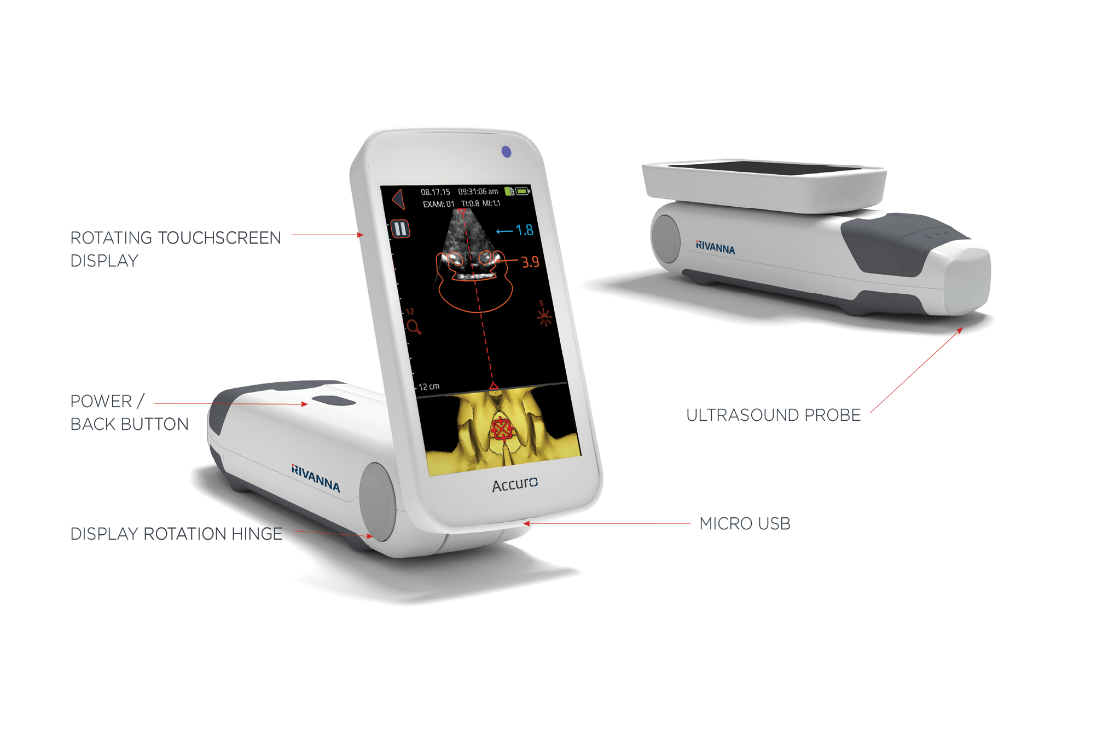 In last month’s article I wrote about the constant ultrasound market consolidation that has gone on since the 1980’s, and is still going on unabated. The myriad of start-up companies in this market space underscores the old adage; “Small companies innovate, large companies dominate”. Take the Rivanna Accuro device shown here. A clinical applications specific hand-held ultrasound device that would almost certainly never have been developed by a large multi-national corporation. Why? The large OEMs typically have a development paradigm centered around a more multi-use ultrasound clinical application in order to reach a broader demographic, and by doing so achieve a higher ROI. Nothing wrong with that approach of course, but it does stymie the broader diffusion of ultrasound technology into non-traditional ultrasound users who can use the tool to positively impact the patients they serve. The Accuro device for example was designed for anesthesia providers to guide them with neuraxial anesthesia-related procedures in especially difficult cases. These users are generally not familiar with using ultrasound image guidance and are definitely not ultrasound imaging experts. Using a standard general purpose ultrasound device would be very difficult for these providers. Recognizing this problem a few talented engineers developed the Accuro unit with software that adds the 3D image of the spine as a reference image for the anesthesiologist as they insert the needle. We see many of these exciting new clinical application specific ultrasound devices every year come through our acoustic testing laboratory from small start-up companies on a world-wide basis. All of these devices are borne from a great idea, focused on a specific audience, and designed to make a substantial clinical problem go away. This almost always results in better patient outcomes and a better patient experience with the procedure. All of these companies have one other thing in common, they will, at some point, most likely be acquired by a large OEM. The large OEM can take a device like this and plug it into their global sales channels as an add-on product that matches a sales call pattern of one of its sales groups and drive the sales volume both directly and indirectly. These economies of scale are very difficult for a small start-up to realize with the better option being selling the company. And what happens to the founding members of these small start-ups that are acquired? They generally go off and design the next innovative product, it’s what we do.